Today, Ford Special Vehicle Options can equip your new Transit with a heavy-duty alternator and an auxiliary fuel system for roadside repair work. Back in 1972, however, Ford’s Advanced Vehicle Operations factory in Aveley could equip your vehicle for something much more exciting: Rallying.

The 90,000 sq ft AVO factory was Ford’s old-school hooligan division, equivalent to the BMW M-cars or AMG of today. It operated as an entirely separate entity, initially producing only 12 cars per day shift. Later, Ford further distilled the racing essence of AVO into the Special Build Area, capable of housing only 10 bespoke cars at any time. The Special Build area produced only the rarest, most bespoke Fords of the era, which is why Majestic Motors were honoured to welcome Special Build Vehicle 003 to their workshop.

This 1972 Mk1 Ford Escort Mexico is the third ever car to have the Special Build treatment. SBV001 & 002 were Ford development vehicles, making this the earliest Special Build Vehicle still in existence. Built specifically for the British International Motor Show in Earls Court, the car was fitted with every imaginable option: bucket driver's seat, bubble arches, centre console, spot lamps, wood interior, heated rear screen, sunroof, map light, six pod binnacle and RS Sport Alloys to name a few. Incredibly, ownership can be traced back to the original owner, who bought the car on the very show stand it was built for. The car went on to follow its roots as an amateur rally competitor before the current owner took possession in 1988.

After standing idle for all too long, Majestic Motors were commissioned to perform a light restoration. Unfortunately, closer inspection revealed that corrosion and poor previous repairs had taken their toll. The owner quickly escalated the light refurbishment to a broader renovation, before Majestic were finally given the green light to perform a comprehensive bare shell restoration. 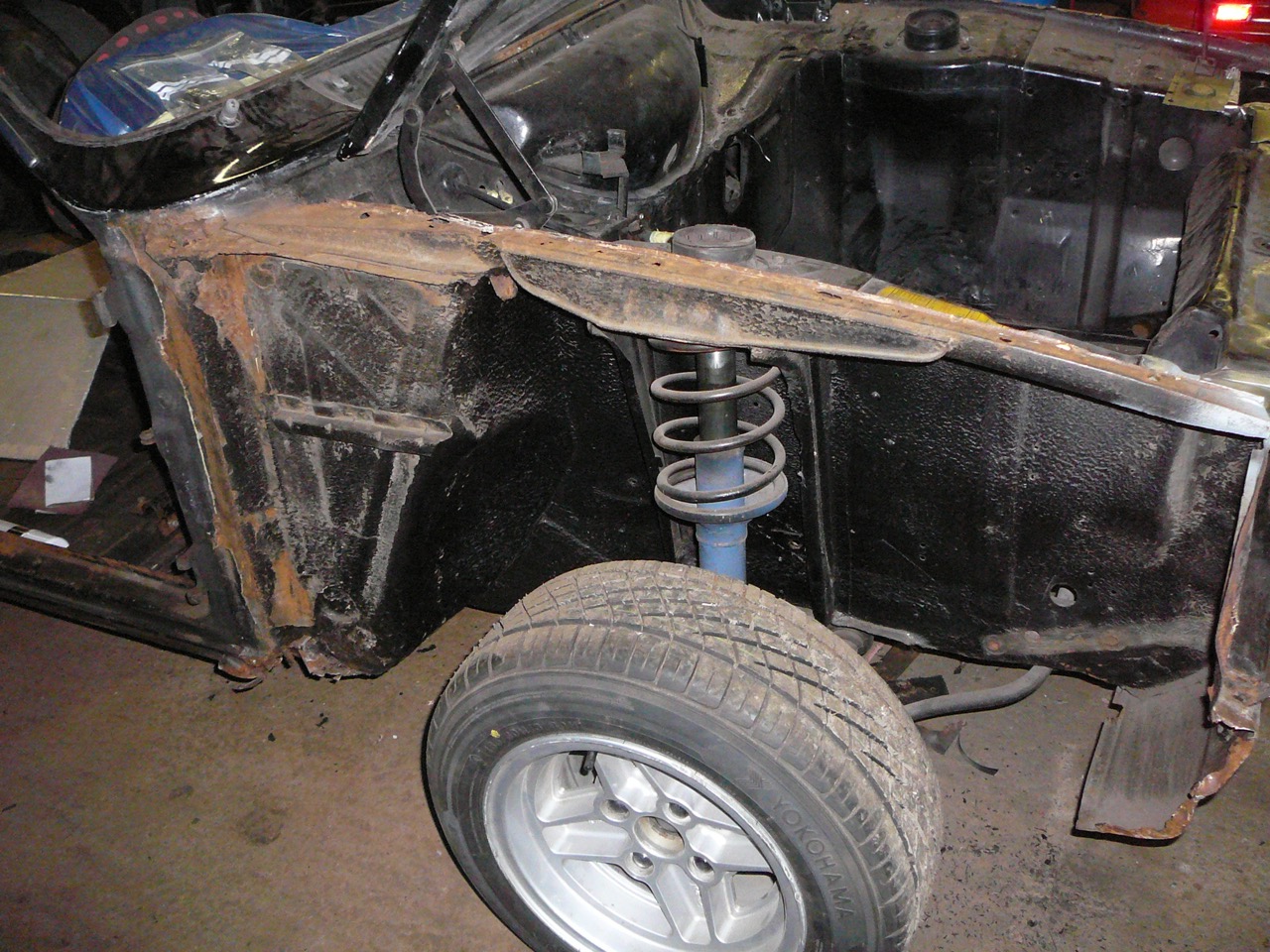 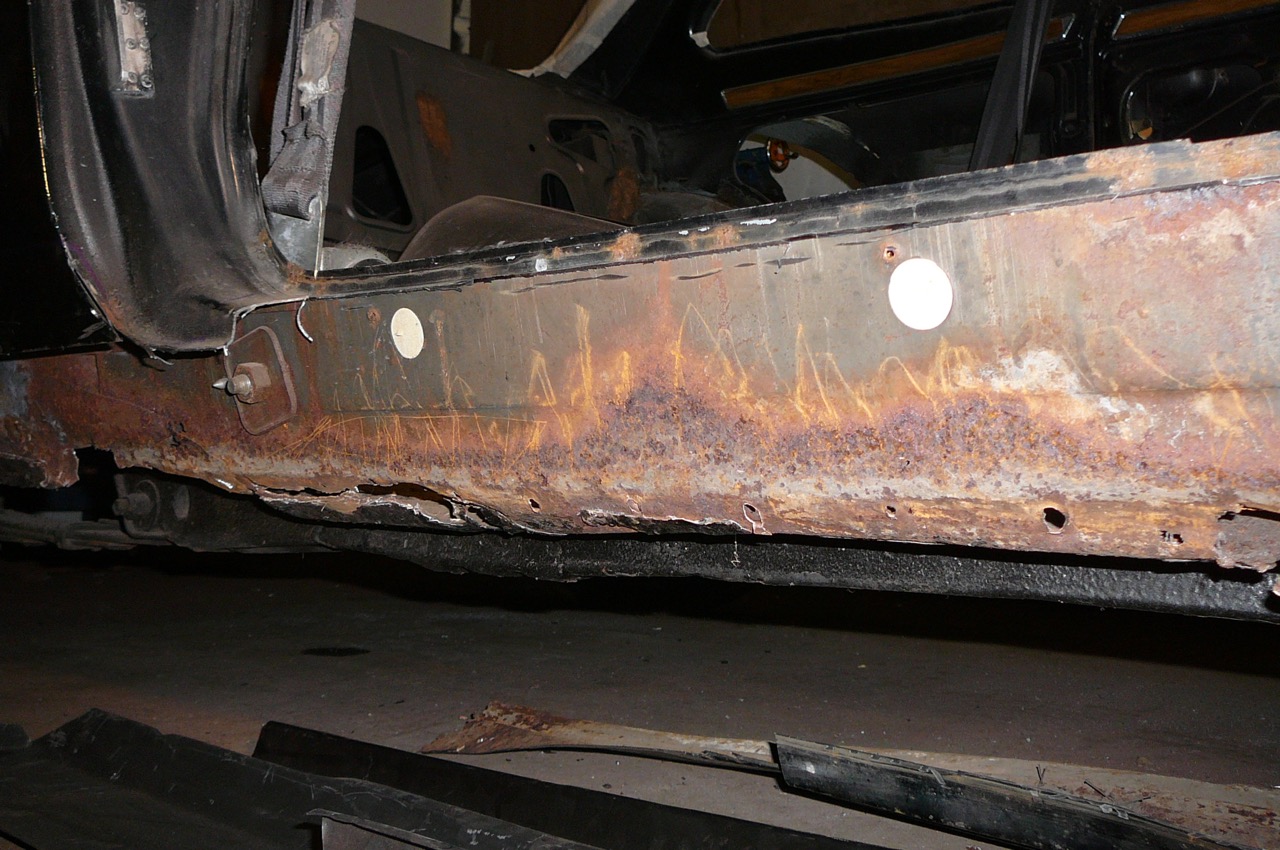 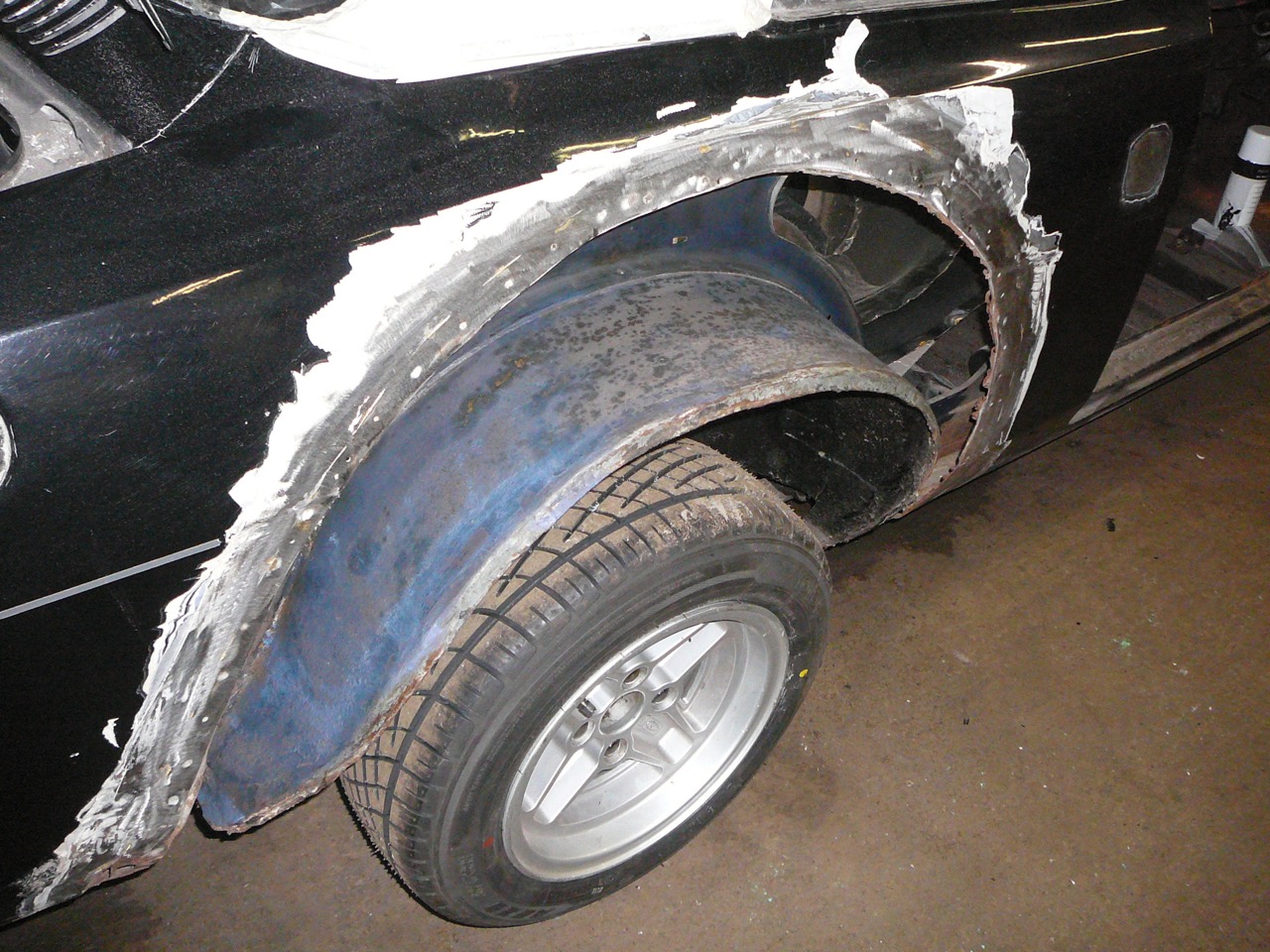 Only when this more extensive work started were the team able to reveal the extent of the Escort’s challenging childhood: The door panels were wrinkled and creased from theft damage, repaired with excess filler. Grit from Scotland’s highland roads had artificially aged and corroded the floor panels, which had in-turn been repaired with ill-formed replacements. An unfortunate rally collision had resulted in a poor repair to the optional bubble arches – only sealant secured the inner arches to the already tired body.

Thankfully, the experienced team at Majestic have a talent for winding back the clock.

The client desired a period-correct car he could use. One which ticked all the visual and visceral boxes, but one which would start at the turn of a key and wouldn't overheat when driven in the period-correct manner.

The Majestic team descended on the car, completing a host of repairs and restorations: Replacement door panels were carefully fitted with all mechanisms replaced, ensuring the doors close with a satisfying 70’s clunk. The flooring was surgically removed and replaced with floor panels of the correct fit, form, thickness and material. Both left and right flitch panels were replaced and aligned exactly. Extensive A-pillar crash damage was cured by removing, repairing and re-positioning. In addition, Majestic fully rebuilt the now 1710cc engine, fitted uprated oil and water pumps and completed a duplex timing chain conversion to aid with the client’s goal of improved reliability. 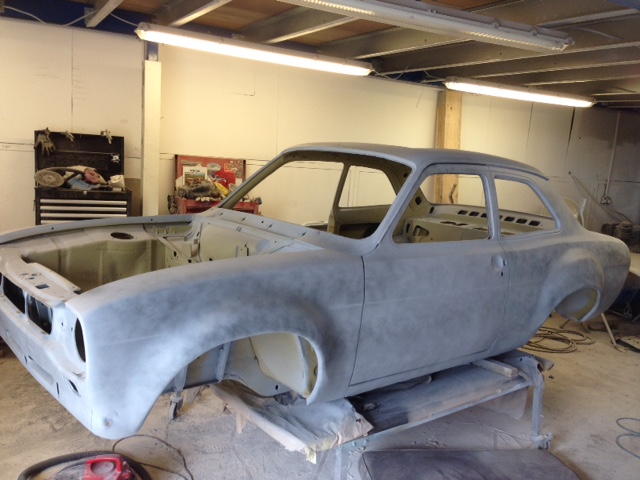 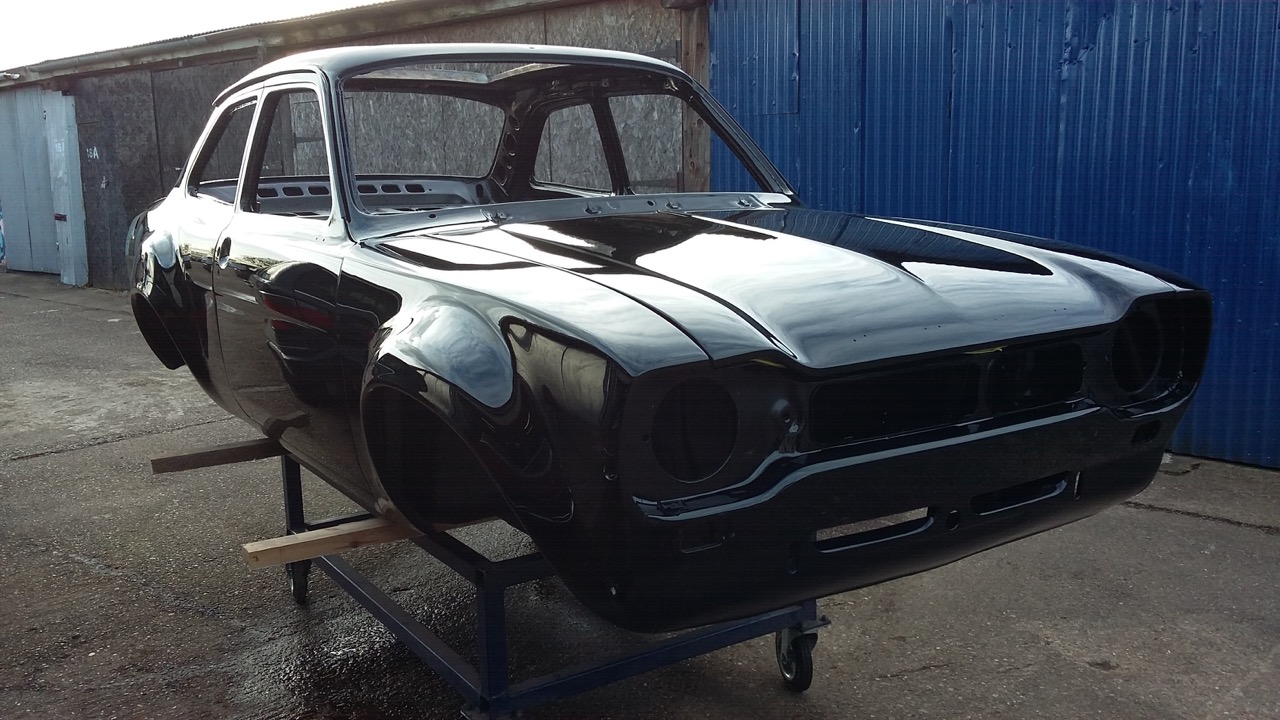 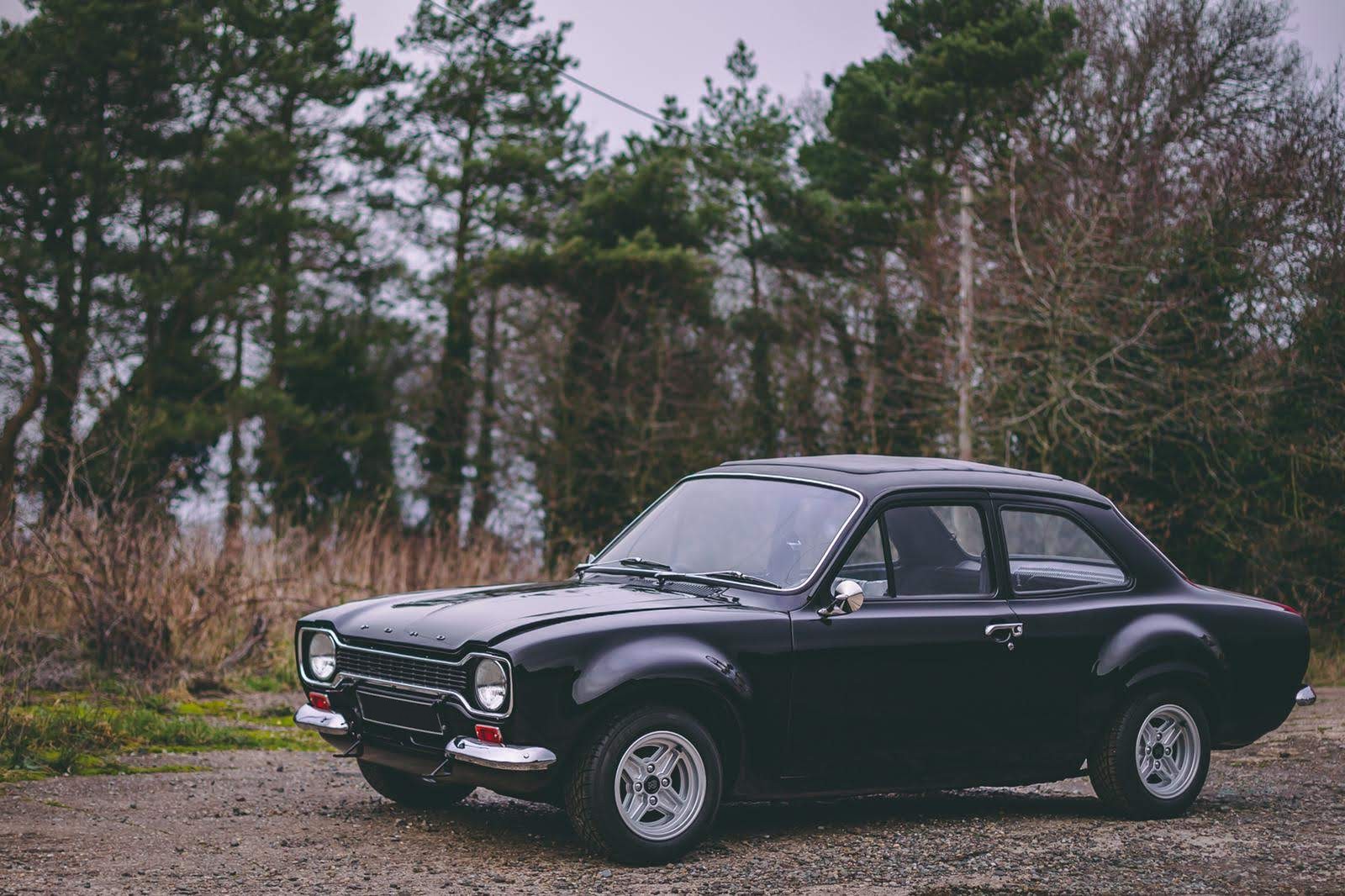 Whilst restoration work was starting to breathe some life back into the Escort, resurrecting the four original Cibie spot lamps would require Majestic’s unique engineering expertise. The severe corrosion and damage to the lamps, coupled with their rarity, meant reverse-engineering and re-manufacture was the only option: Precise measurements allowed for a new spin-form mould to be created, which in-turn allowed for new lamp bowls to be manufactured by our specialist supplier. A colour-match from the remainder of the donor part ensured the correct 70’s finish was achieved. 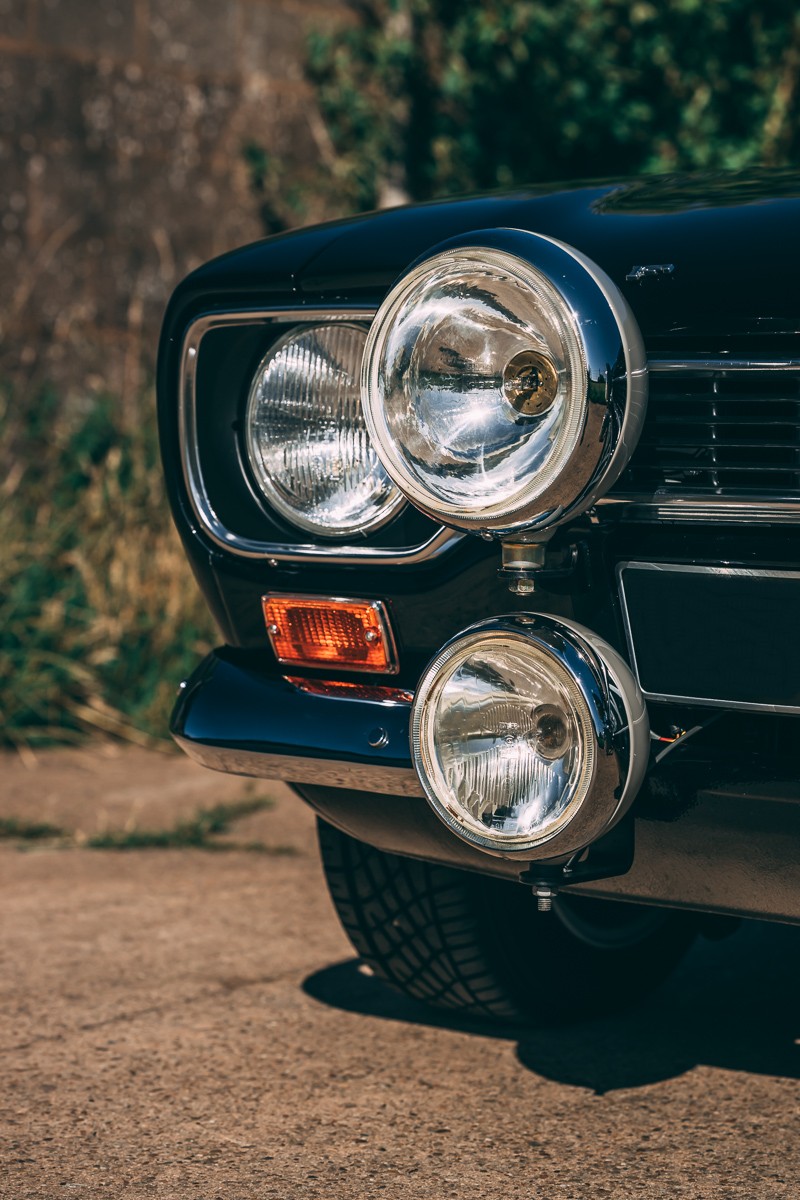 The team continued applying their engineering expertise to prevent premature aging. 1970’s Ford design dictates that the wings be spot-welded to the scuttle panel along a folded metal seam. Regrettably, water can easily penetrate this joint, providing optimum conditions for corrosion to take hold. Majestic were able to lead-load this joint, ensuring all minor gaps and imperfections were sealed using traditional manufacturing techniques. The team then carefully etched the panel joint back into the lead in order to maintain the correct cosmetic appearance.

To fully realise the project brief, Majestic installed a hidden electronic ignition under the distributor cap, coupled with sealed electrical connectors in concealed locations. These minor modifications allow for significant reliability improvements without compromising the cosmetic authenticity of the car.

The end result is a rejuvenated British icon of exceptional rarity. A classic with 70’s heritage and modern-day reliability; carefully restored, reverse-engineered and upgraded to promise the lucky owner worry-free miles for years to come. 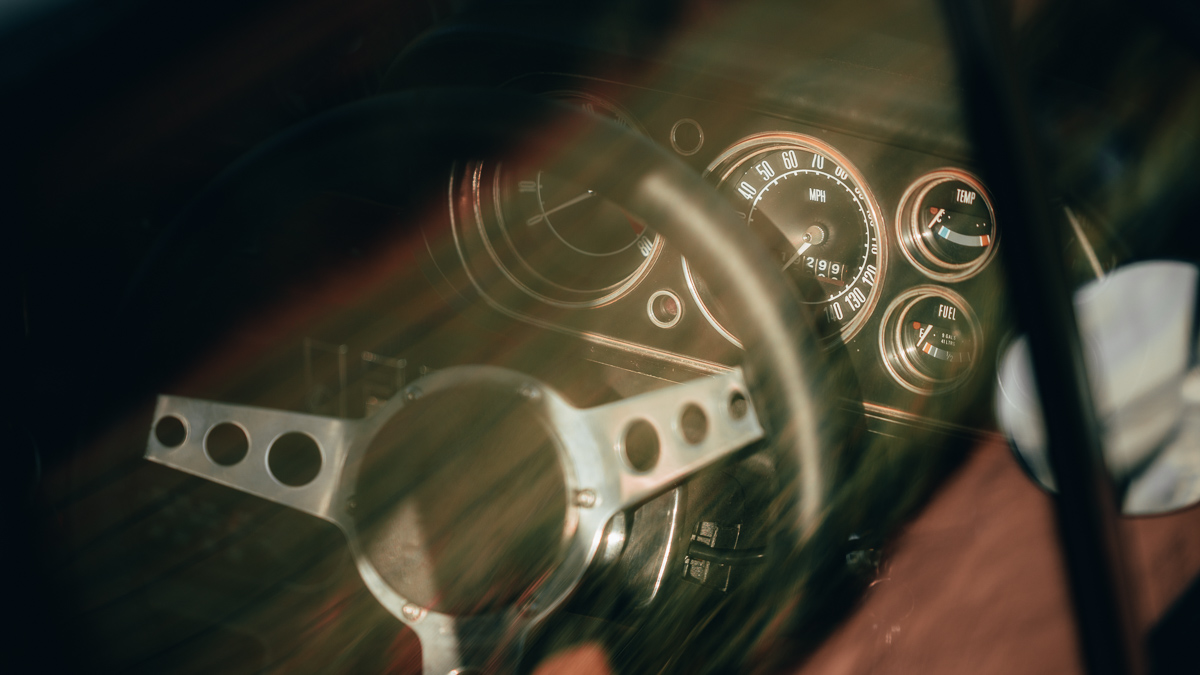 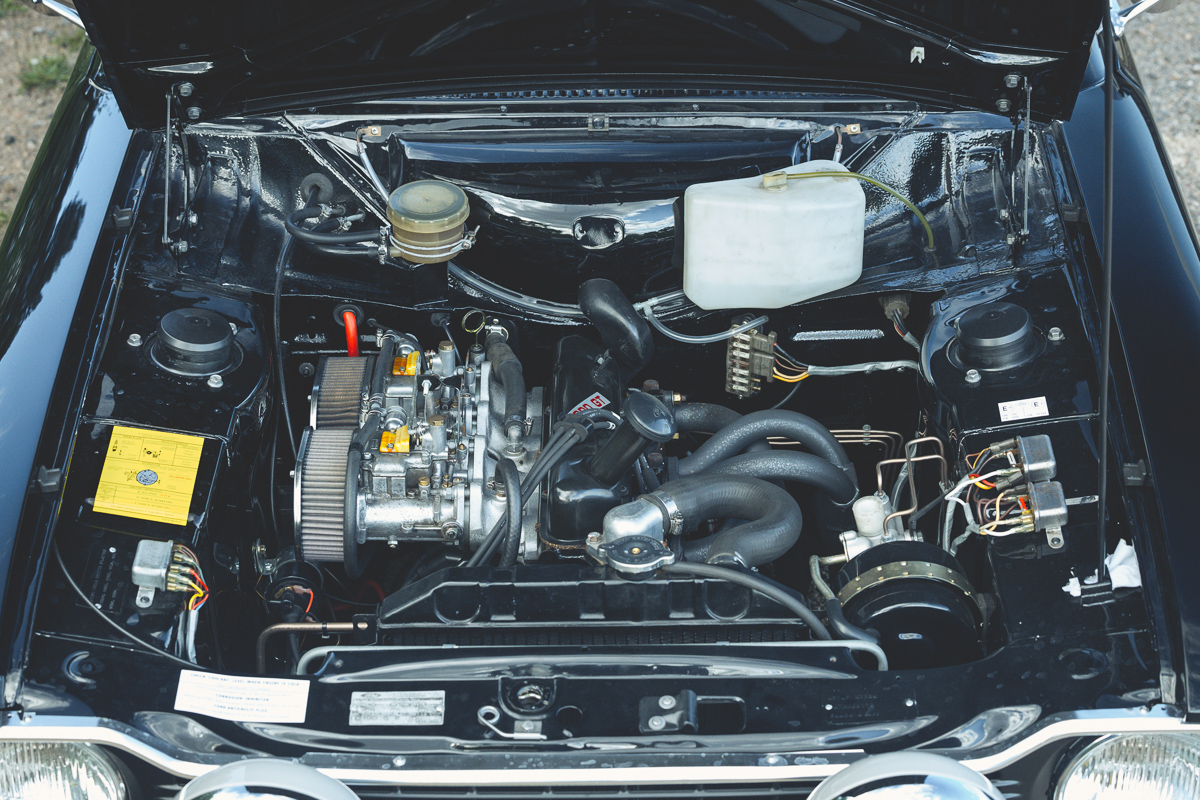 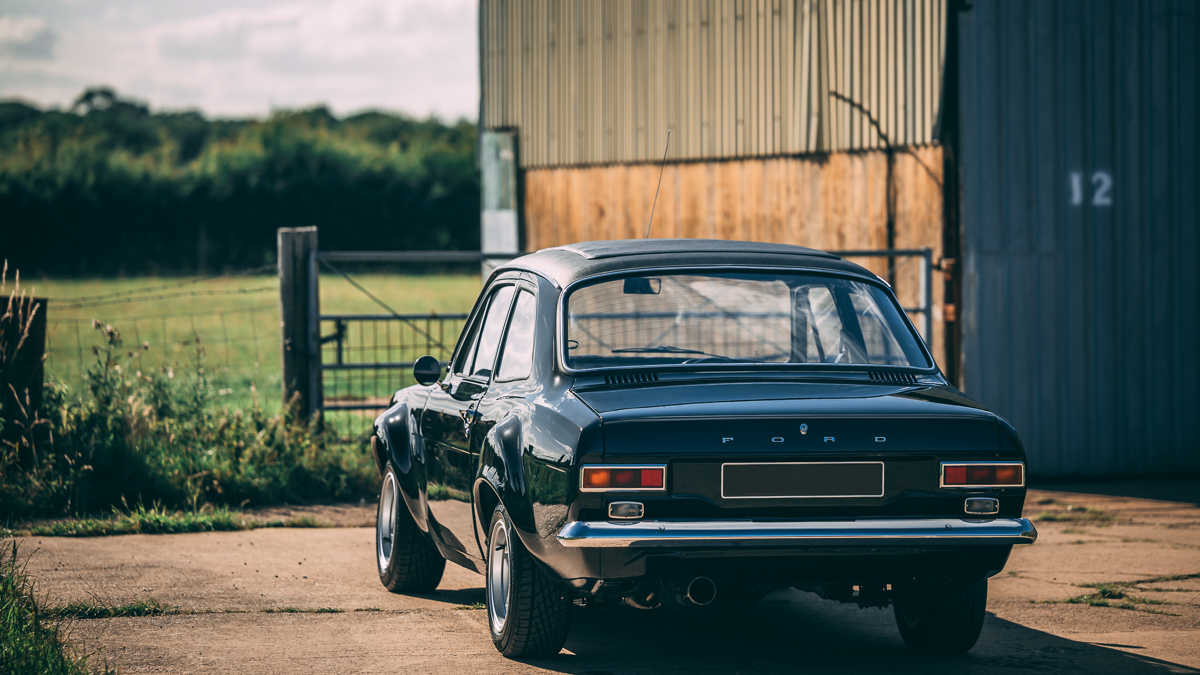 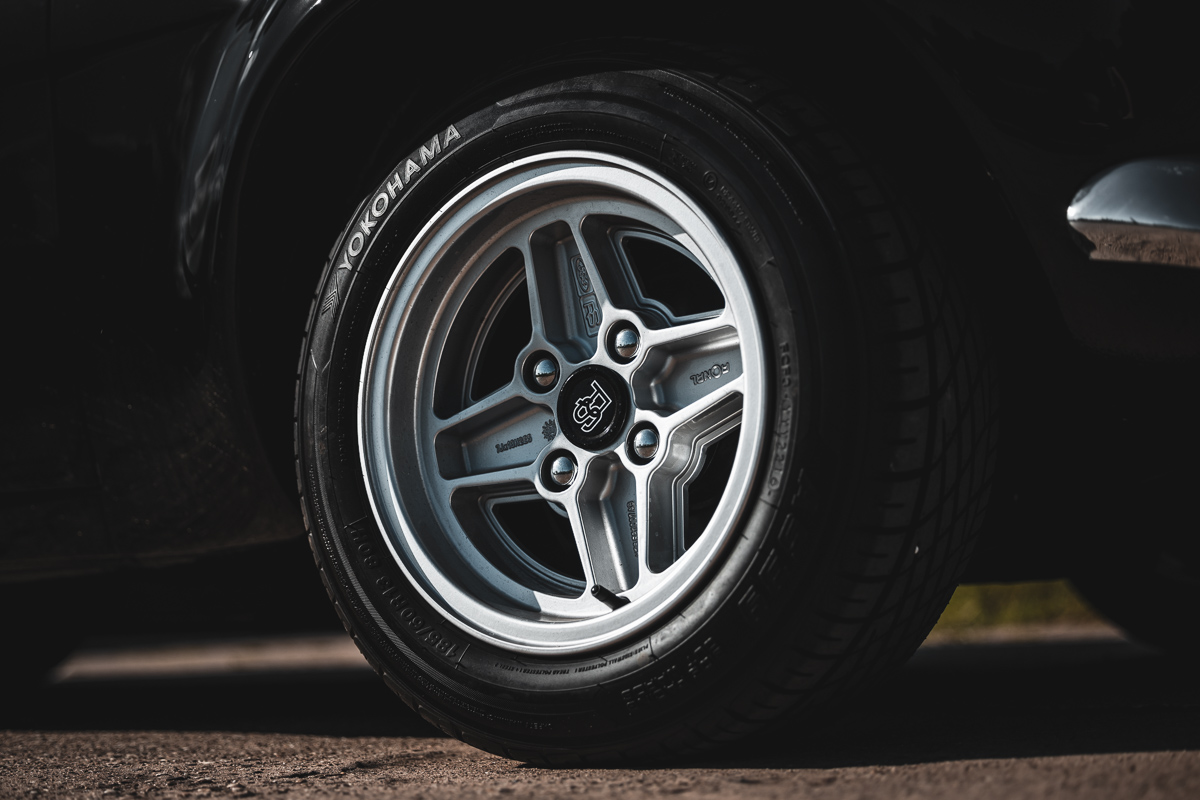 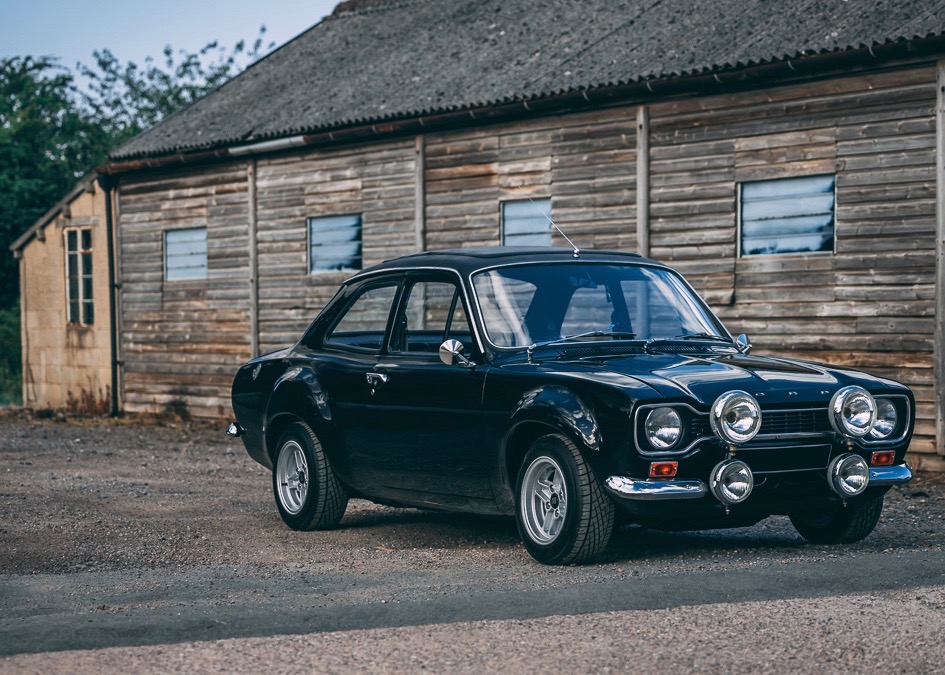 Featured in the May 2021 issue of Classic Ford magazine. 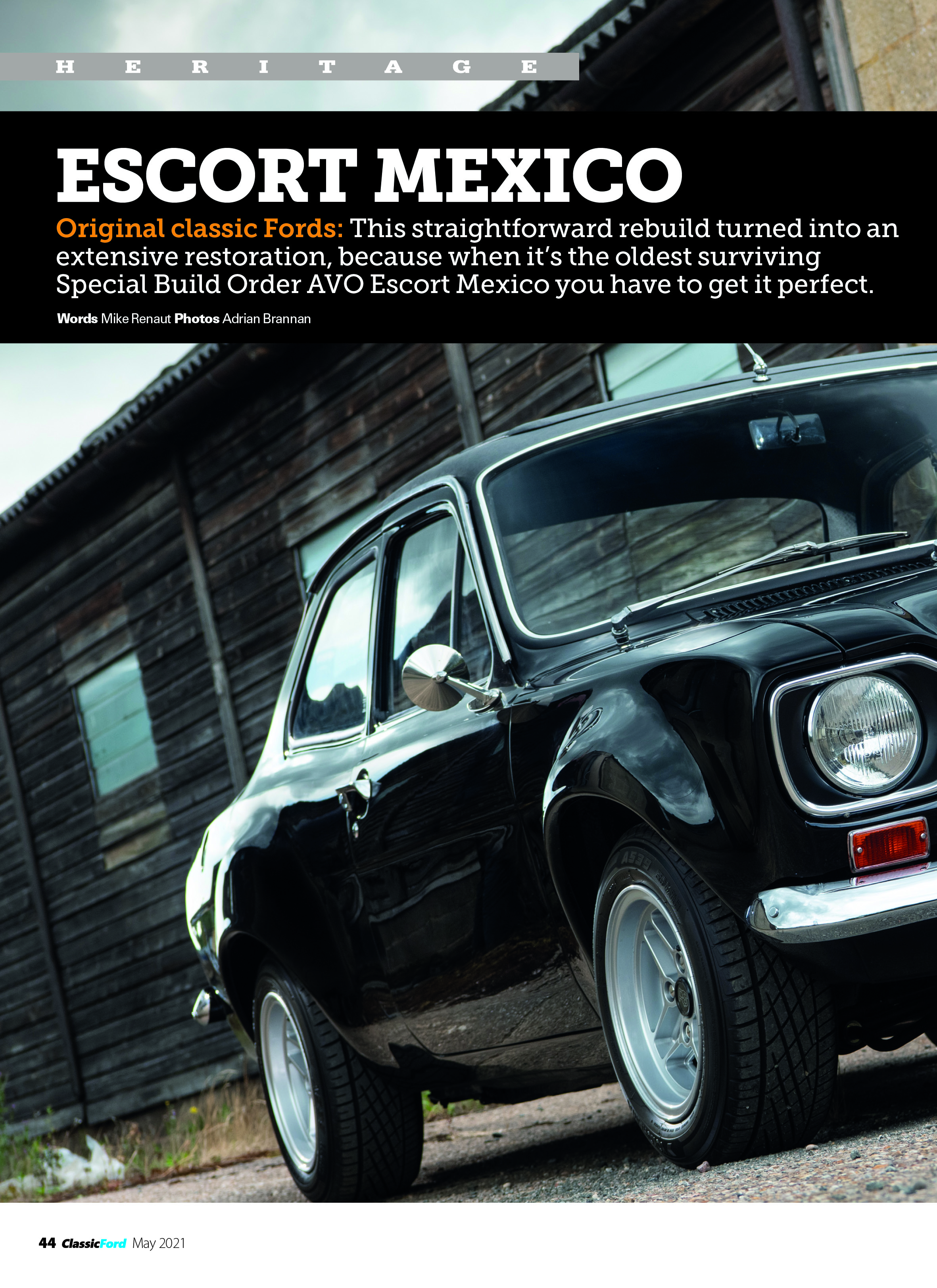 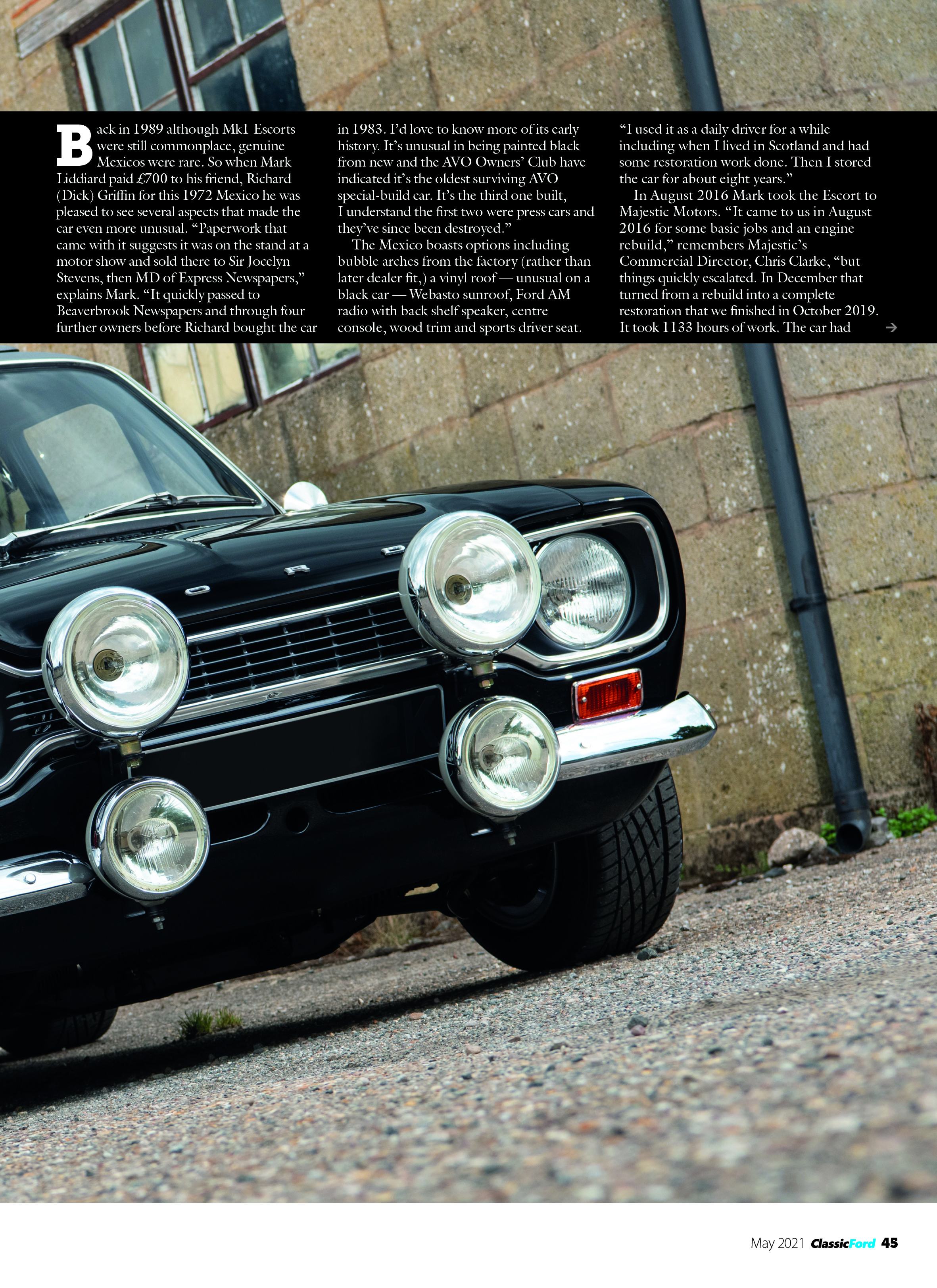 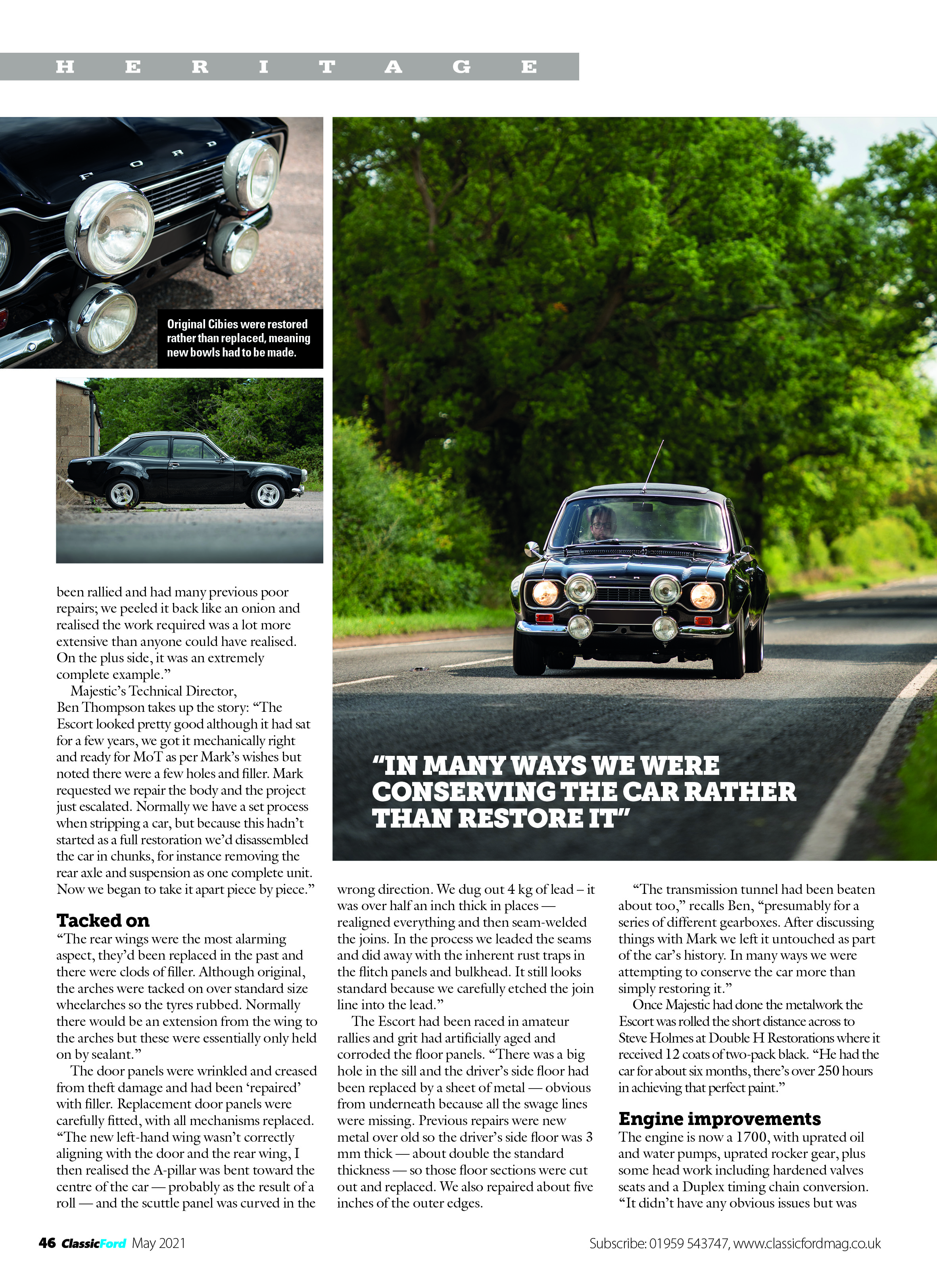 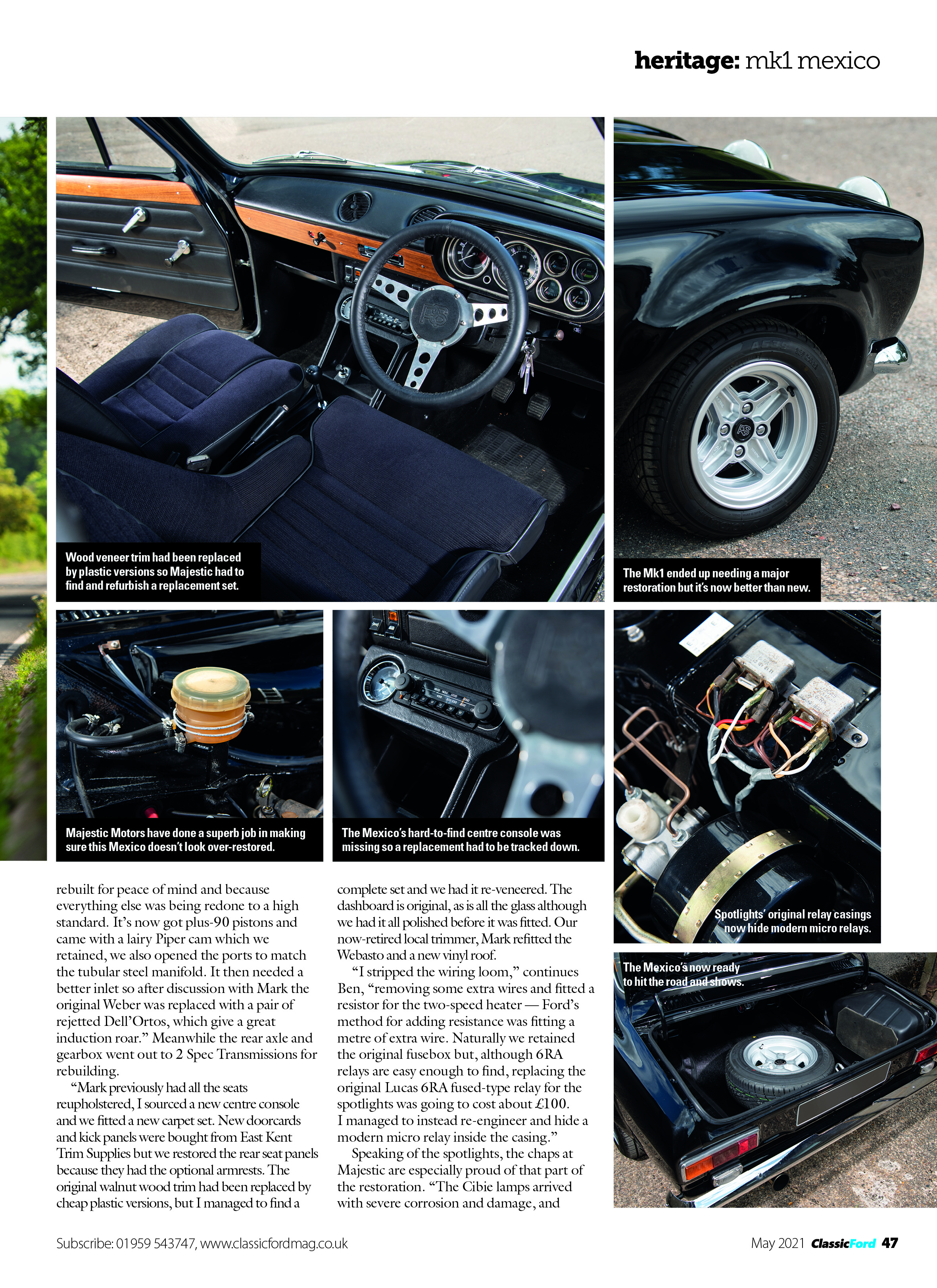 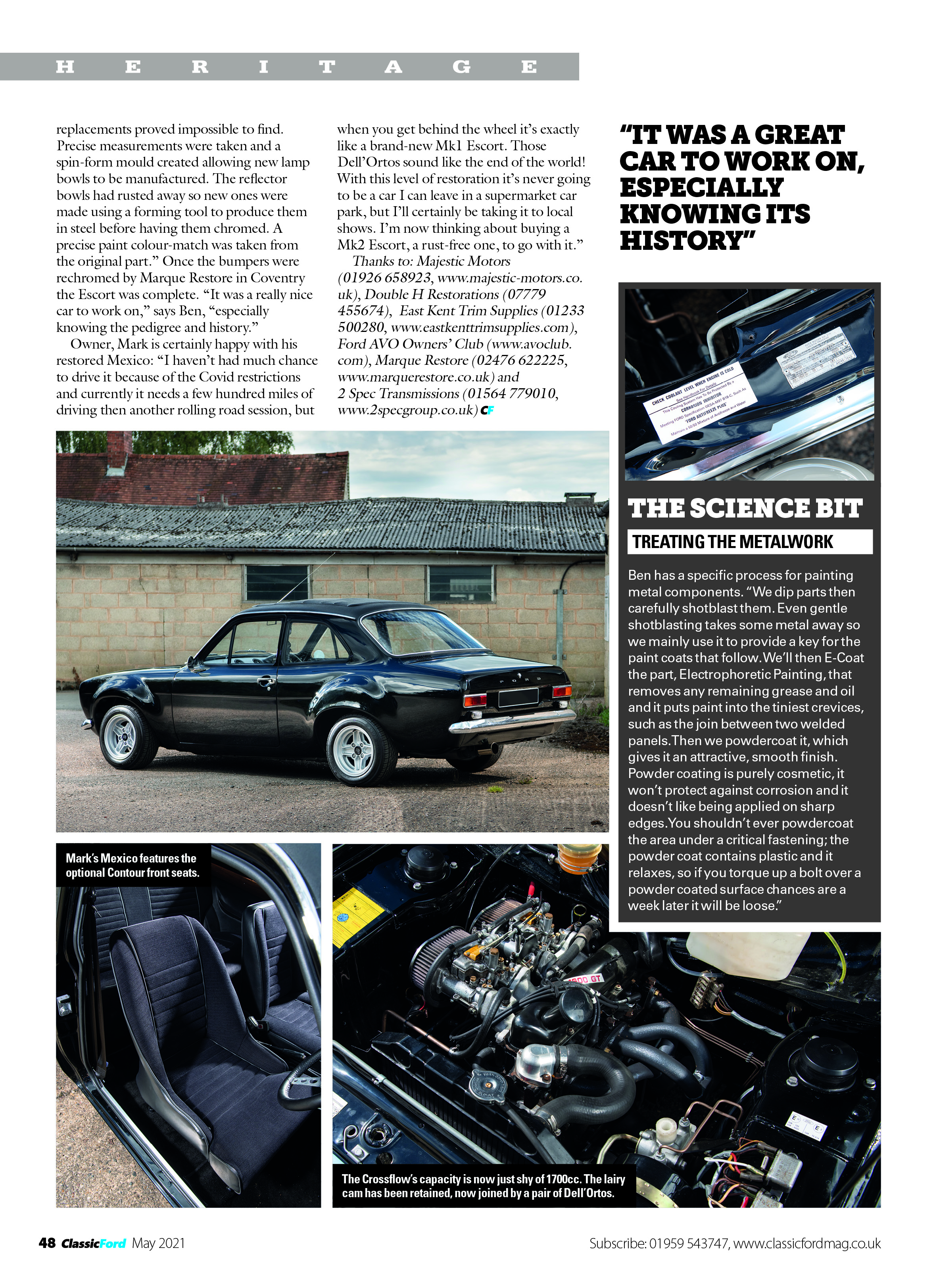